No KILL Columbia formed in 2011 due to the number of animals being killed at the Central Missouri Humane Society
(45% and higher).  Uniting together our voices have been heard.  As statistics display, the kill rate decreased dramatically, so many more lives saved!

So much has evolved in the past few years.  Shelters across the country have adopted the No Kill business model which equates to millions of more pets saved and adopted into new forever homes!  The No Kill Advocacy Center has updated their definition of No Kill, "An end to the killing of all non-irremediably suffering animals.   “Irremediable suffering” means an animal who has a poor or grave prognosis for being able to live without severe, unremitting physical ​pain even with prompt, necessary, and comprehensive veterinary care."  They further state, "The Goal of the No Kill movement is not to reduce killing to some consensus based level such as 10%.  It is to end killing for all animals who are irremediably physically suffering.  www.nokilladvocacycenter.org/defining-no-kill.html

We commend the shelter's efforts to save more lives.  Together we will continue to advocate for those who don't have a voice and encourage the shelter and city leaders to commit to, and proclaim the title of being a "No Kill Community".

For the most up to date shelter statistics, including 2015 and 2016, please visit their website,
www.cmhspets.org/about/shelter-stats/ 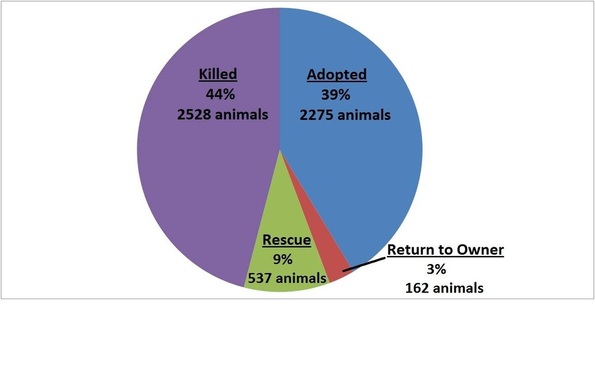